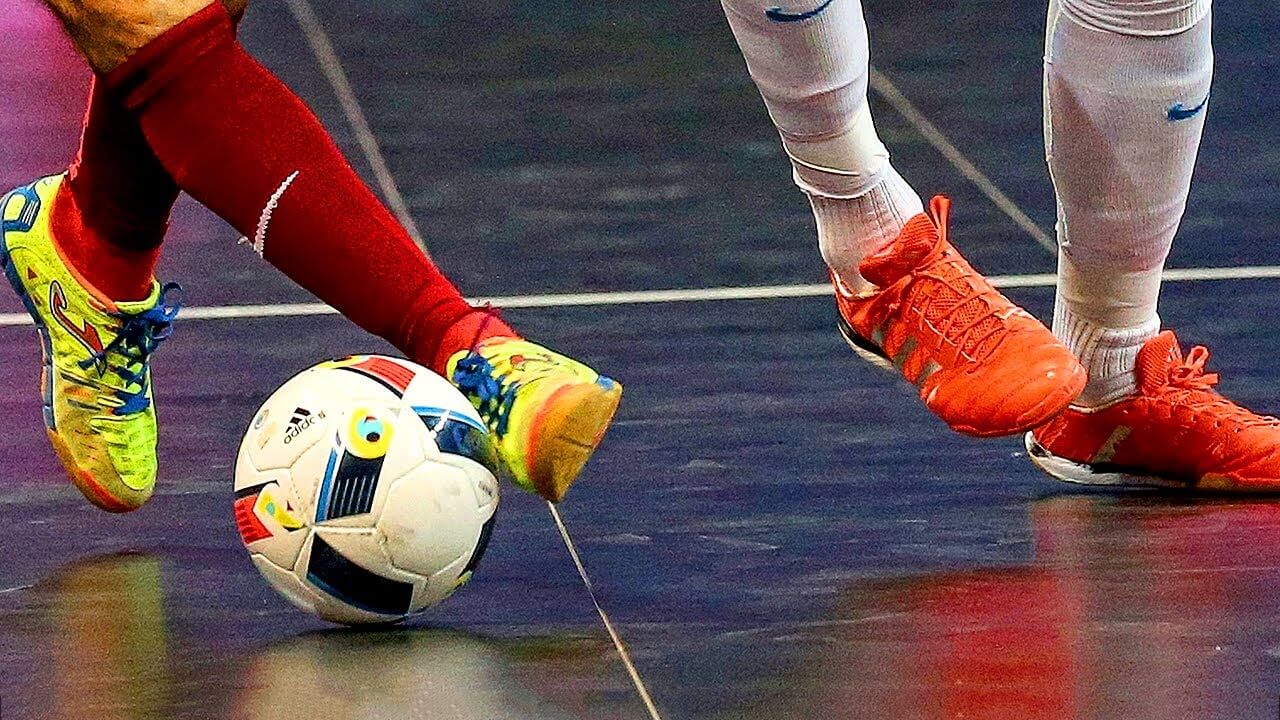 “Futsal is played indoors in a 5 a side format with a heavier ball and is a brilliant way of young players improving technically as they get more touches of the ball in tight areas.”

In a statistical study by UEFA, comparing Futsal to indoor football with walls, players touch the ball 210% more often. So surely this is something we should be encouraging young children to get involved in?
This season more than from what I can remember since coaching there has been cancellation upon cancellation for children’s football. As we begin to leave one of the wettest periods in recent years, I can now reflect after all the games of football that we have missed and ask myself is there anything we could have done to get children playing more? I want to use this blog to give a little insight into my journey of Futsal and how I feel it could be used as a tool for coaches in football clubs across the UK.
In May 2015, I met with Jose Lima and Ruggero Ferretti who were running Cambridge Futsal Club and what was clear is how passionate these two were about Futsal and growing it in Cambridgeshire. At the time whilst I had heard of Futsal I had very little idea of the history, rules and benefits. Prior to the initial meeting, I was sceptical. I didn’t see how Futsal had any transferable skills to football. However, after listening to the pair and their journey and hearing how Futsal is played in both Italy and Portugal as well as other countries, it was hard to find an argument for us not to play the sport. As part of my role at Cambridge United, we merged their Futsal club and formed Cambridge United Football Futsal Mens Senior Team. Entering the The FA’s National League was a massive success, providing a platform for our players to play at the top level, but I was left wondering how can we create a pathway for young players to progress through to the 1st team?
It was here that we decided to build a Player Pyramid which would enable use to support children playing grassroots football to eventually progress through into our 1st team. Here is an overview of what this looked like:
– England National Team
– Men’s 1st Team
– University Team (Under 23’s)
– Under 18’s (in Partnership with Cambridge Regional College)
– Futsal Development Centre (U9-16s)
From this model, we looked to engage coaches, schools and parents in experiencing Futsal and the benefits of it. As we progressed we gained over 400 participants weekly in our pyramid participating in Futsal each week, with our highest profile player being Luke Chadwick, former Manchester United player who joined to play for our Futsal 1st team as well as coach within our programme too. Luke and I worked closely engaging with schools and clubs providing taster sessions to the children and giving them an experience of Futsal.
So what did we find? Well, in most clubs and schools we came across a number of children that had fallen out of love of football, particularly around the ages of 12-14. Most of these children had found the transition from Mini-Soccer to 11-a-side difficult and weren’t able to do what they used to be able to do on the bigger pitch. Results had become more important and suddenly they found themselves not playing the sport they once enjoyed. This was our opportunity, to provide provision for these young people and give them another lease of life to enjoy playing sport. Futsal gave them a platform to express themselves, have more touches of the ball and play with no fear. As coaches, we were able to see that Futsal could really become another pathway for children that want to play football at the highest level.
A great example of this is Monty Bouttell who currently plays for England Under 23’s and for the Futsal 1st team, that had left Cambridge United Football Clubs academy for that same reason, he found a platform for him to continue his love of the game. So how many more players would benefit from this pathway? Plenty, I’m sure of it.
Aside from providing an alternative option for training and games due to bad weather as well as giving children a pathway or another option as they become older, their are also numerous benefits for young players to help support and enhance their skills with the ball. If in Futsal children are able to have more touches of the ball than in Football, surely this is a great opportunity for our young players to develop the skills to be able to handle the ball.
Here are the main benefits from my experience for young players:
– More opportunities to receive the ball under pressure
– Increased number of 1v1 Duels both in and out of possession
– More importance on staying on the ball and finding ways of creating space for yourself or your team mate
– Encourages variety of finishing techniques and
– Helps players move their bodies in different ways to support their ABC’s and FUNdamentals
To conclude, as I’ve spoken about previously, creating new experiences and adding variety to your programme is essential for young players. Futsal not only will provide you with a new environment to support the development of your players but also help to keep them engaged in football as well as keep them playing throughout the season. For any coaches that are sceptical like I once was, try it and it may just be the best thing you’ve ever given a go as a coach.
https://www.uefa.com/MultimediaFiles/Download/competitions/General/02/16/14/04/2161404_DOWNLOAD.pdf

One Reply to “Benefits of Futsal & Transitional Skills”