How to Improve Your Teams Throw Ins

The importance of throw ins to help teams secure and build possession, as well as create goal scoring opportunities has been highlighted this past season due to the success of Liverpool FC. Liverpool FC went 18th in the Premier League at throw-in possession under pressure (45.4% in 2017/2018) to 1st (68.4% in 2018/2019). Introduction of throw in coach Thomas Gronnemark proved an invaluable investment by the club due to their success. Thomas recently joined us to present some of his ideas at Football DNA, please see the full webinar at: https://footballdna.co.uk/features/coaching-throw-ins-with-thomas-gronnemark/

Key Considerations of How to Improve Throw Ins:

So How Do I Practice Throw Ins In Training?

Practicing throw ins in training can be made to be exciting and engaging for your players. A great way of doing this is simply by adding a constraint that each time the ball goes out of play whether it be for a goal kick, free kick or corner the game will restart with a throw in. Placing footballs around the outside of the pitch will help with quick transitions. Alternatively, another way of practicing throws can be splitting the pitch into different areas and having 3v3/4v4 games set up for your players where they have to score into a goal or based on the area of the pitch that they’re trying to get into from the throw in. For example, if in the middle pitch you may place a goal in the middle of the pitch facing the throw in taker which the attacking team has to try and place into which replicates them trying to switch play. A carousel will vary allow for you to work with small groups on specific areas of the pitch whilst ensuring players get plenty of repetition too.

What Routines Could I Use With My Team?

Rotation and Occupation Of Space – Can be created by having two or more players standing next to one another and rotating positions to move into the space to receive from the thrower. This can also be created by the attacking players creating space by moving out of the area where the throwers will be and someone making a late and fast movement to move into the space that has been vacated. 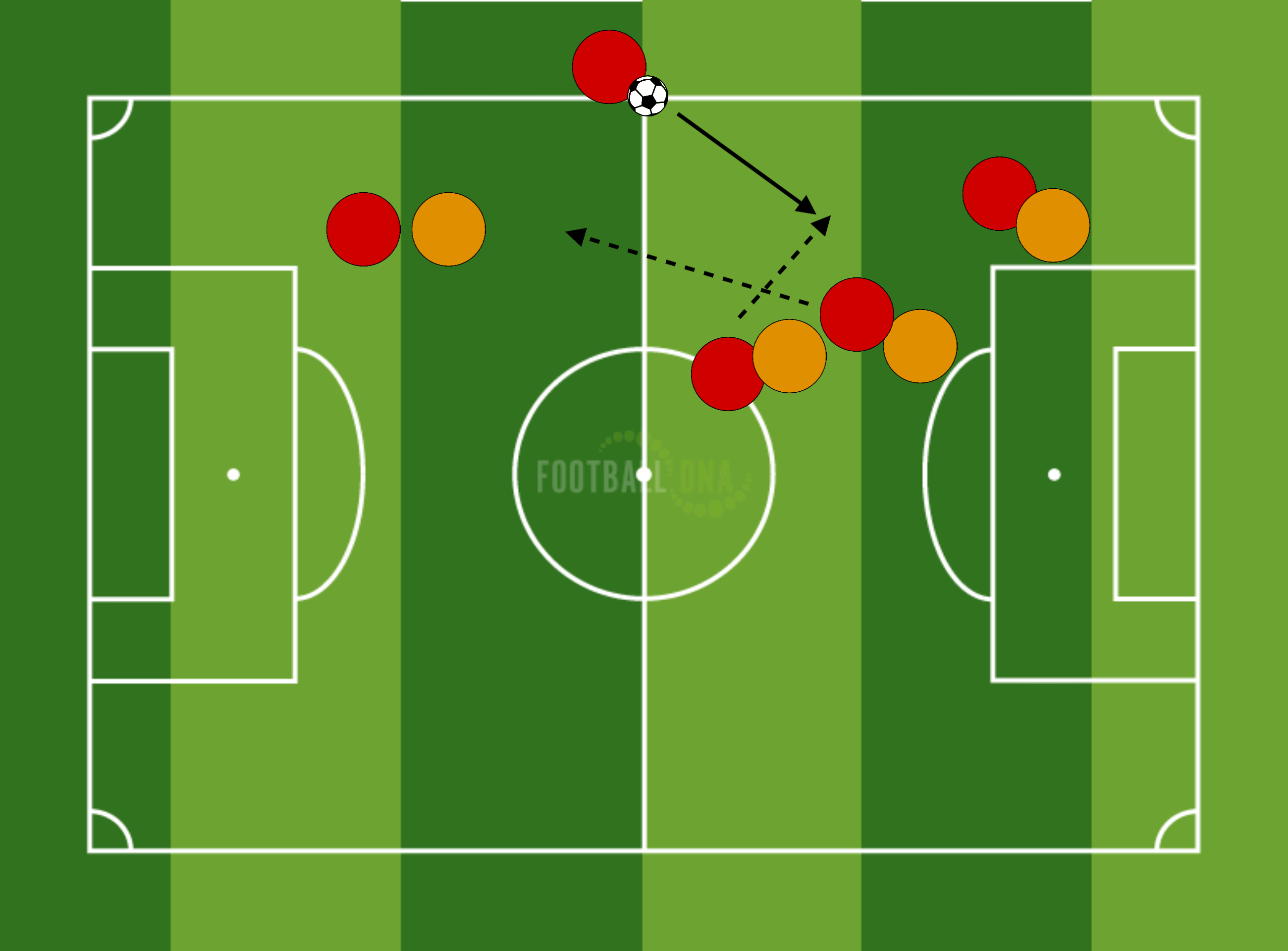 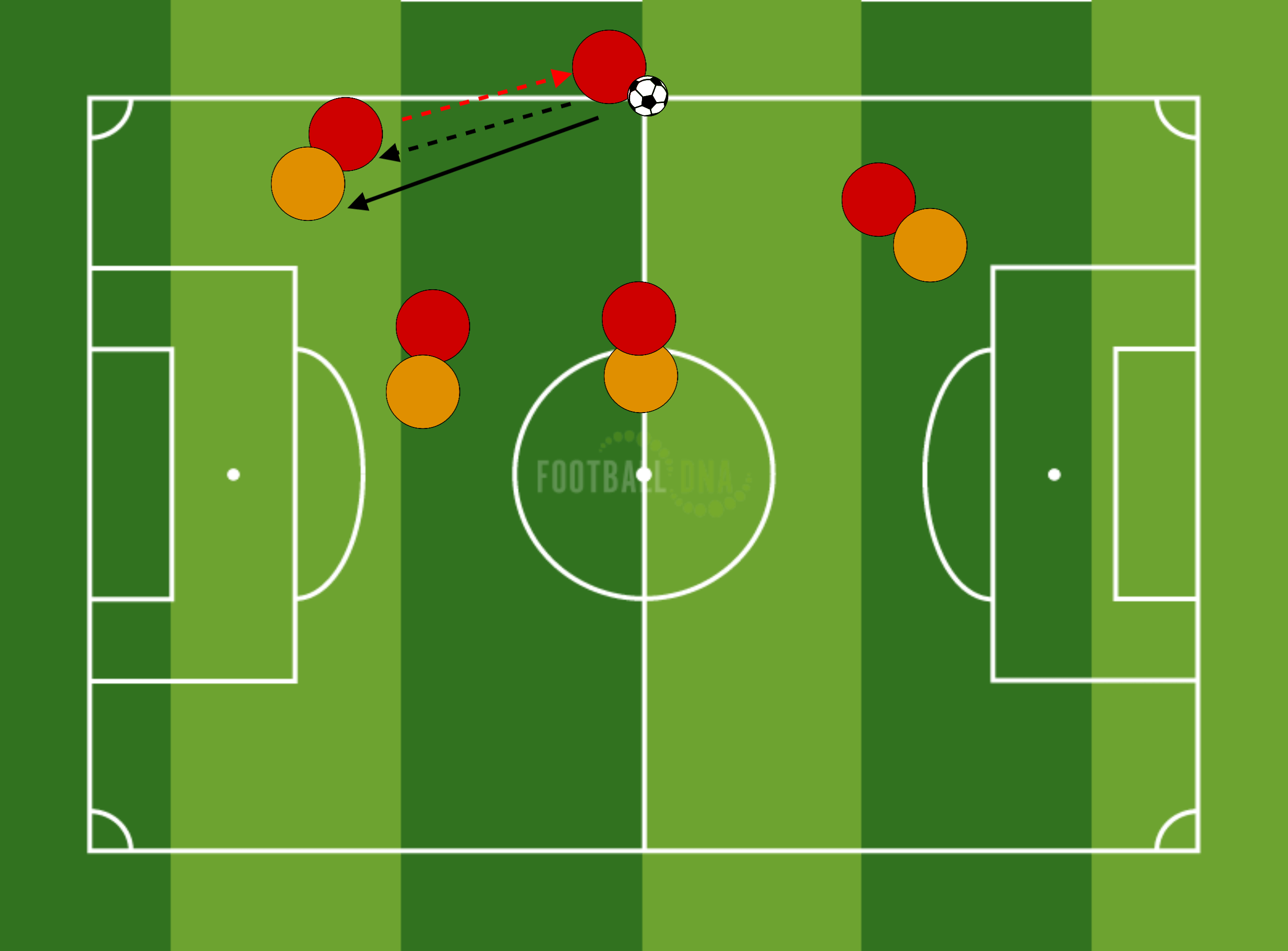 Decoy Longer Throw – A longer throw can be effective to help move into more advanced areas of the pitch or in and around the area. In order to create a decoy longer throw, the throw in taker should adjust their body and communicate to their team mates that they’re going to look to perform this. To support this, their team mates should move further up the pitch, as this is done one player should look to stand still and move in the opposite direction to receive from the throw in. 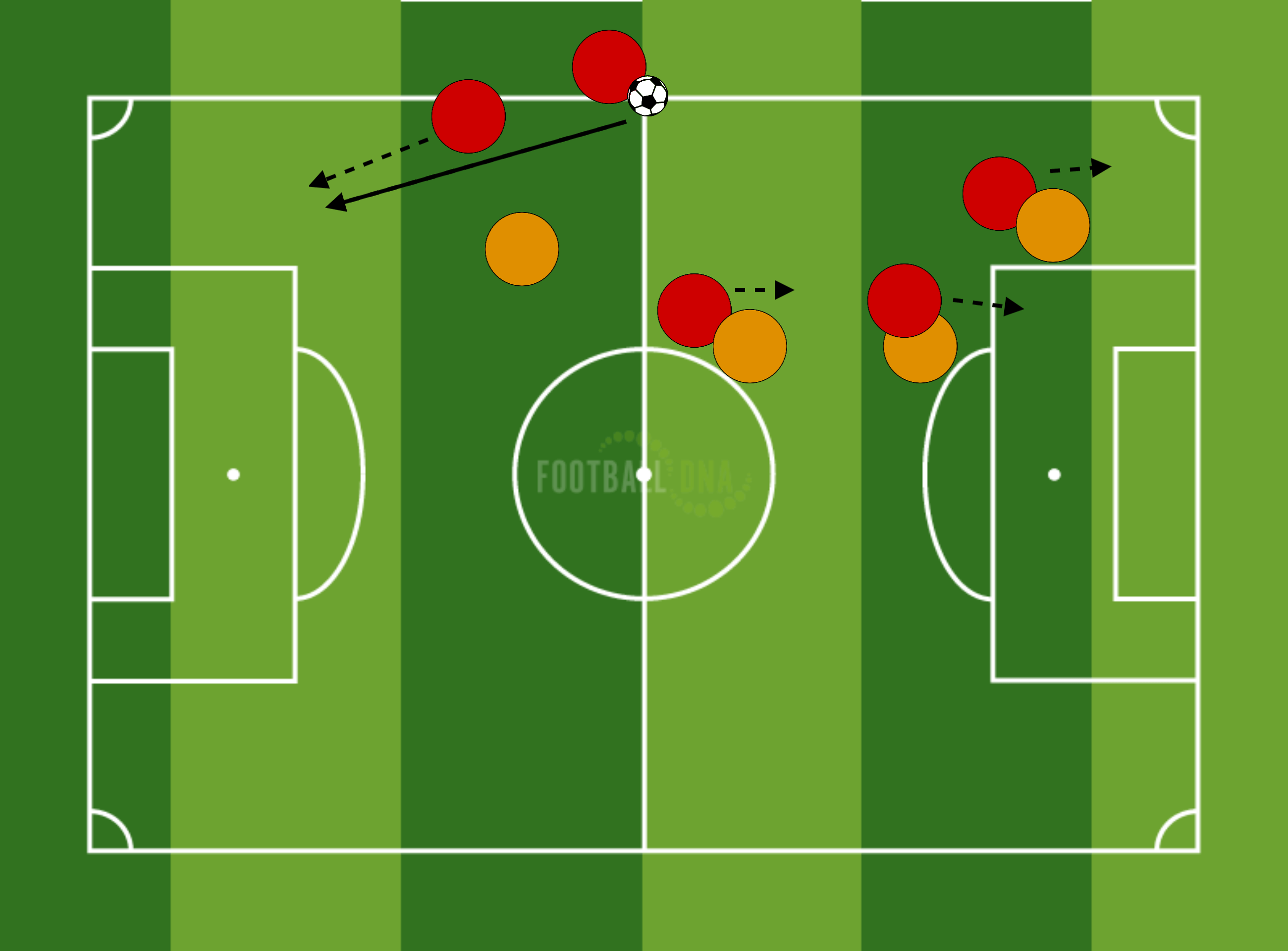 Switch Of Play – A way that you can switch play from a throw in is by having the attackers creating space in the middle of the half circle created by the four attacking players around the throw in taker. As this space is created, one of the players in the middle of the half circle should move the defender away creating a space behind them; as this happens the throw in taker should throw the ball behind the attacker and past them for the attacker to then move onto allowing them to switch play. 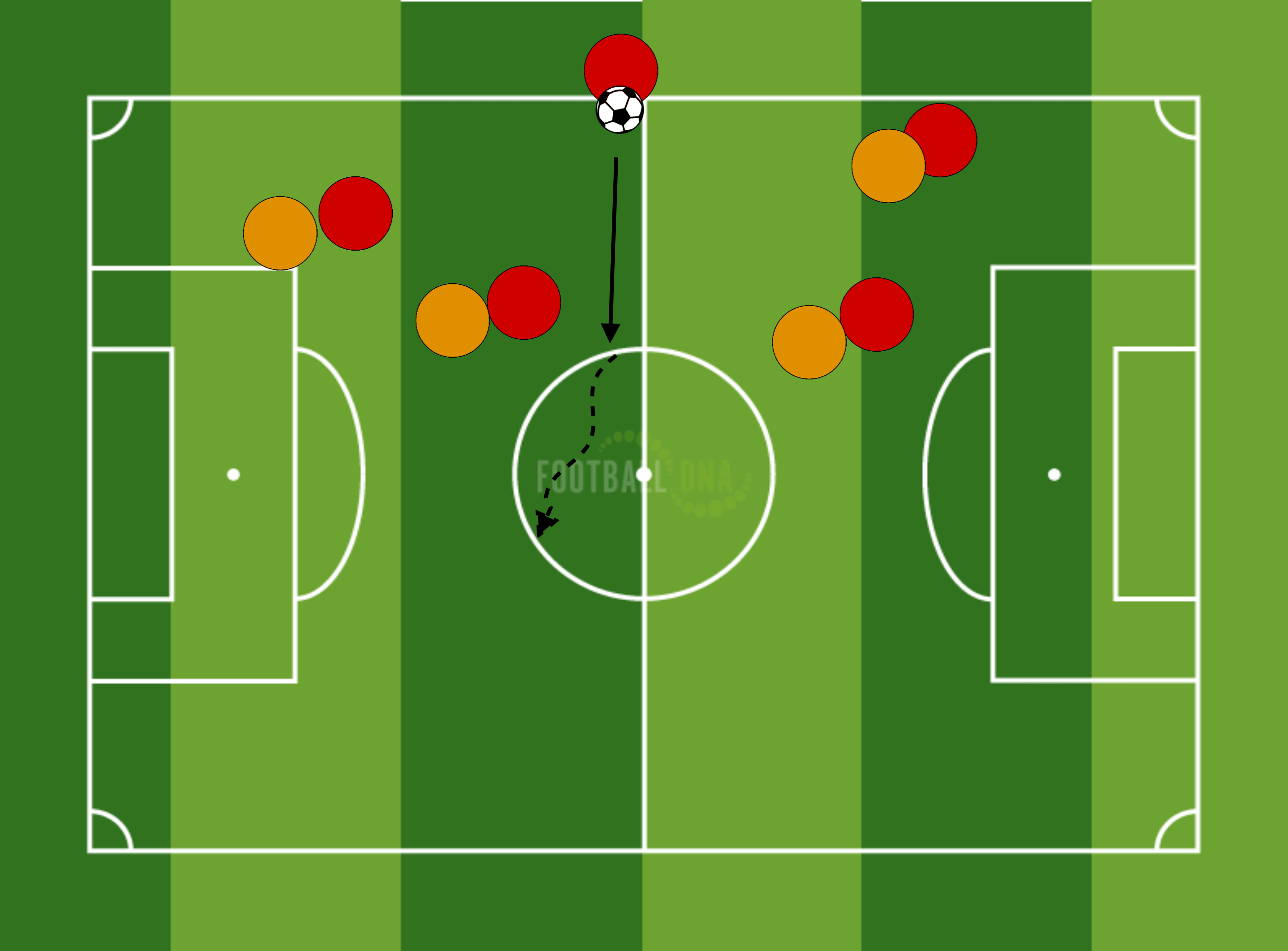 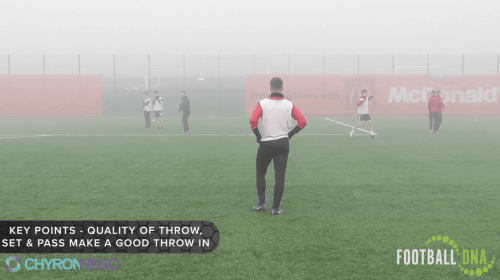