Marcelo Bielsa has done a tremendous job so far this season leading Leeds United to the top of the Championship playing in his own style.

Controversy before and after this game, with Bielsa admitting to sending a staff member to spy on the Derby County training.

However it was clear to see from the first minute Leeds United energy, desire & focus was far greater than Derby County. Have a watch of both In Possession & Out of Possession focusing on the first 30 minutes of the game.

Out of Possession Leeds United were fantastic, being the first to second balls, reactions on the transition to win the ball back quickly & the intensity to press from the front.

In Possession they dominated the ball, with the front players offering penetrating runs in behind creating space. Centre Midfield players knowing when and why to run forward, recognising triggers to do so.

Make sure you check out the Marcelo Bielsa Leeds United Attacking Analysis from the start of the season, link to the right of the page. 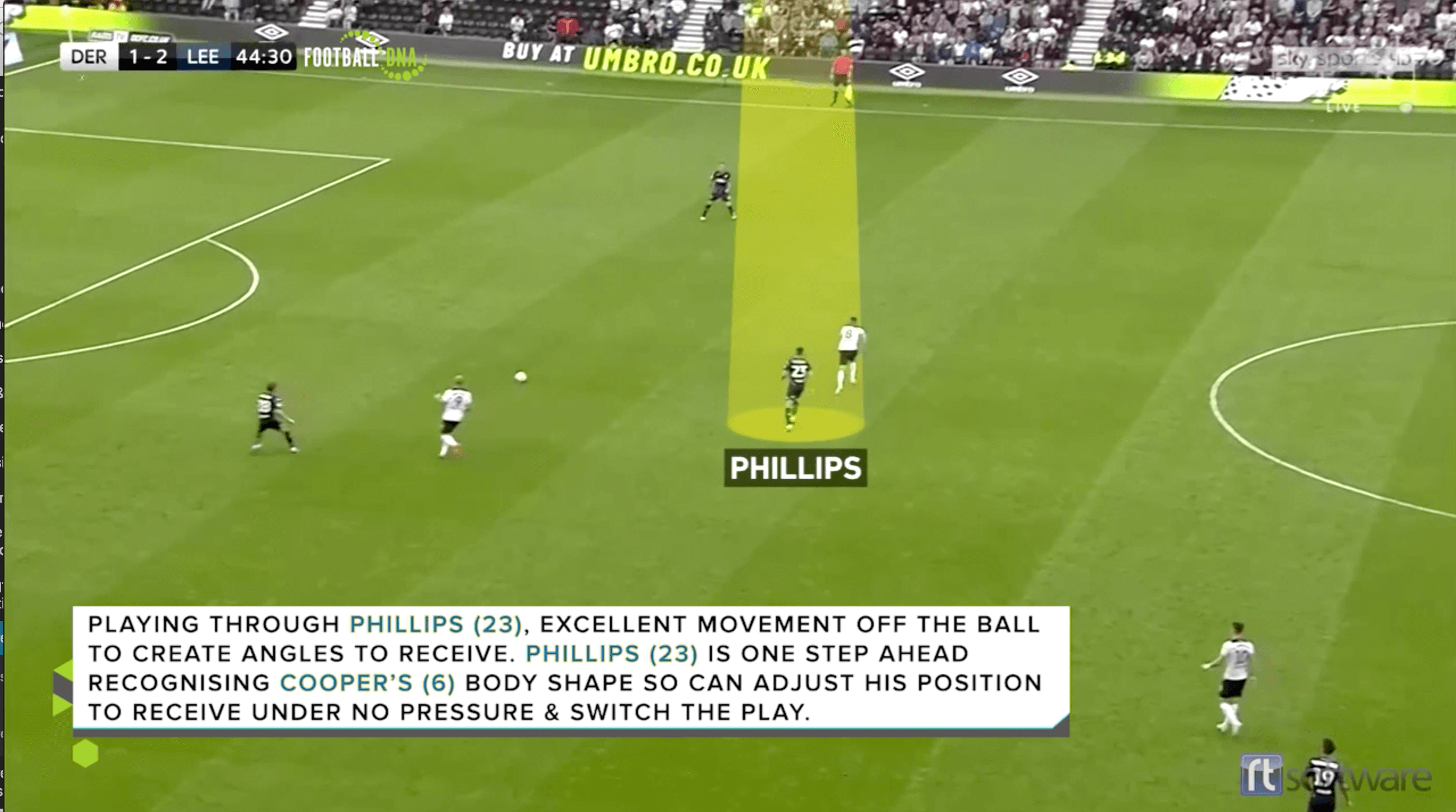