Principles Of Attacking And How To Coach Them

Attacking principles can be used to support you as a coach to help work with individuals, units and your whole team. The attacking principles provide both you and your players with a framework of how you will play in possession, allowing for you to build tactics/strategies around these to help you with the desired outcome. The five attacking principles are: Dispersal, Penetration, Movement, Support & Innovation/Creativity. In this analysis piece, I will explore the definitions of these principles and how you can coach them when working with your players.

Dispersal – Refers to how your team will create space by providing both width and depth. Dispersal is essential not only to allow your team to be able to play but also allow them to use the full width and depth of the pitch. This space that is created will allow your team to be able to exploit spaces left between opposition units as well as in behind and on the outside of the pitch too. Dispersal will also be required for your team once they have won possession back from a compact shape, to quickly move to create space to allow the team to create width to secure possession. When working with your team, you may want to look at what areas players should occupy when dispersing to provide them with a framework of where and when they should look to move. For example, it may be that your goalkeeper has won back possession and as soon as you’ve done that you want both full backs to create width and depth by moving high and wide up the pitch. Penetration – Is ability for your team to exploit spaces between and behind them both with and without the ball. For teams in possession to penetrate, it may be a player passing between a two defenders to break lines or playing into the space behind as well. Players should be encouraged to occupy spaces between the defenders to allow them to receive and take out the opponents from the game. Individuals can also penetrate by beating players or travelling with the ball too. A great tool to assess your teams ability to do this is through ‘Packing Data’ which collates the total number of opposition that the team has bypassed during the match. An example of how a team may penetrate may be from the goalkeeper player into the space behind or through the No.4 playing between spaces into the No.10’s feet. Support – Links to movement but more specifically focuses on how you will support the player on the ball. Support can be provided behind, ahead and beside the player on the ball. In order to provide support effectively, players should look to create space from their movement and look to provide angles and distance to be able to receive the ball. Examples of support are shown below and can be the CB’s provide support for the centre midfielders behind the ball, the full backs offering support to the centre backs when playing out from the back and the centre forwards supporting in advance of the centre midfielders when in possession of the ball.

Innovation/Creativity – Highlights the creativity and innovation of individuals to create or score individually as well as combining with other players collectively too. Ultimately, individuals that can create opportunity for yourself or your team mates will enable you to have success. Below are some examples of how wide players can individually beat players 1v1 as well as combine with team mates to create opportunities for the team.

How to Coach the Principles?

The principles above should provide you guidance on how you may support your team with how they attack, however, you with your players will need to decide on how you will approach each game by discussing the tactics and strategies of how you will defend.

Below is some guidance on things you may wish to consider when working on the above principles with your team.

Game Related Practices: Keep all your practices game related and link your practice design to the format of the game.

Depth and Width in the Area: Provide depth for players to be able to play into space behind, as well as having an offside line to enable defenders to put pressure onto the attackers as well. Narrowing the width of your sessions will increase the number of duels and 1v1s required to get out.

Make It Realistic: Does it look like a game? Are the number of players on the pitch the same as you’d have on a game day? Are your players in positions that they would normally be in when defending? Are the attacking team creating problems for the defenders like they would on a match day?

Scenarios / Game Situations: You may want to focus on specific scenarios I.e. your team is winning 1-0 with 5 minutes to go and this will then change your strategy of how you defend. Game situations are also a great way of helping your team understand how to defend, for example it may be that you want to focus on how you press as a team when the opposition has the ball with the GK in open play. 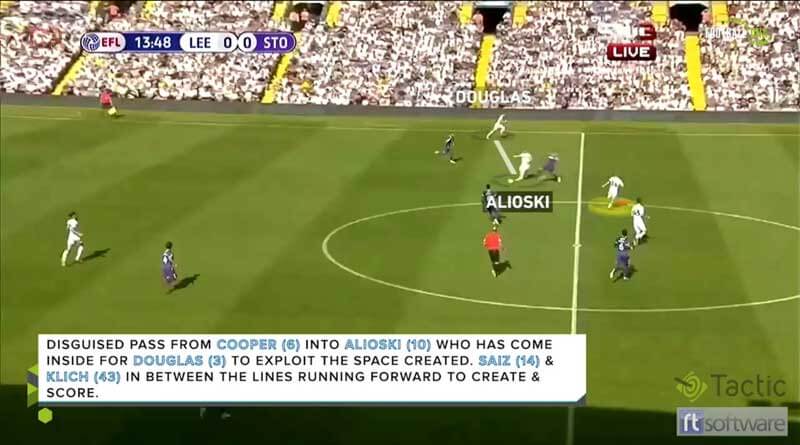