In this tactical analysis write up we are going to be exploring how switching play can lead onto creating opportunities in games. Switching play can take place across the pitch, horizontally and diagonally, from back to front and can also happen from long and short passes and even throw ins. Switching play often takes place when a team is looking to exploit space on another side of the pitch when possession is kept on one side and is quickly played to the other. Teams may use switching play to find an overload or exploit a weakness in the opposition in order to maintain possession or create goal scoring opportunities. Teams will also look to switch play away from congested opportunities to move their opponents to allow them to play through spaces that may be created as the ball is moved.

Below, we have highlighted some key principles that you may wish to consider when working with your team in how they switch play to create opportunities:

Maintaining Width to Penetrate is essential for the team in being able to exploit space when looking to switch play. Therefore, players should be encouraged to create width with their movement to help them to receive in space and support the team in moving away from pressure/congestion. For example, it may be that your team has the ball on the right side of the pitch and you encourage the opposite wide player to stay on the touch line on the far side and also your full back is preparing to make width as the ball is being played from one side to the next. 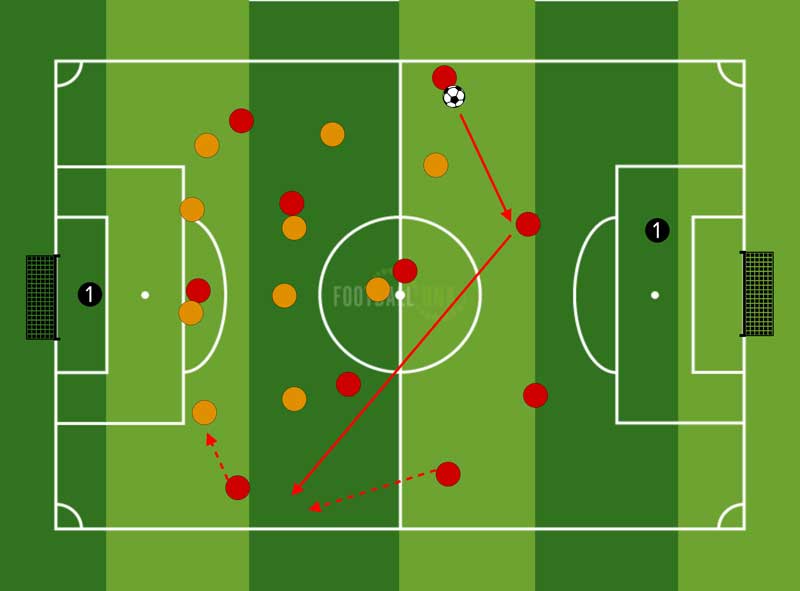 The width that is created will also provide opportunities for teams to play through as they move the opposition defence out of their shape. As passes are between the team from one side to the next, there will be spaces that open up for the team to be able to play between but also for players to move in to receive the ball as well. Therefore, players should continually be checking their shoulders and looking for opportunities to take advantage of these spaces as they look to create opportunities to penetrate through the opposition. 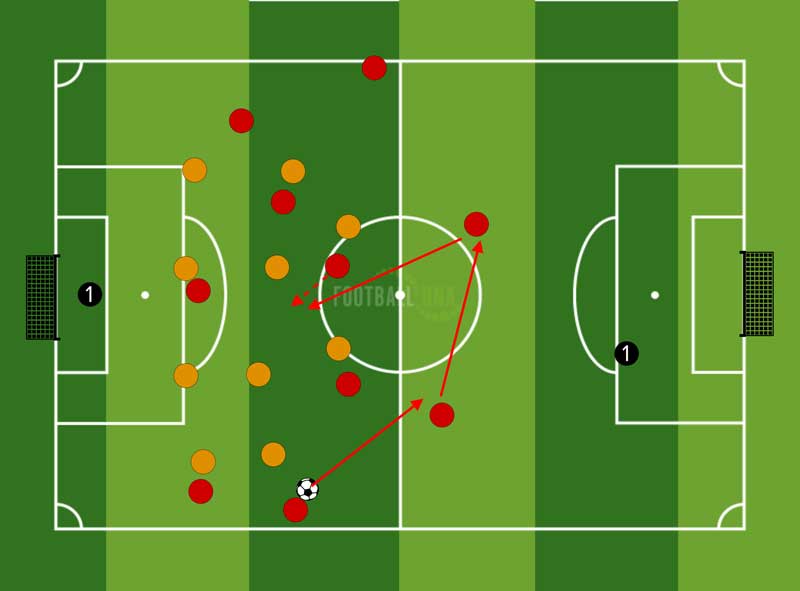 When Switching Play you will need to encourage your players to make decisions of when to play into Feet or Space but also when they’re moving whether they’re looking to receive in the space or into feet. Attackers should look to identify some of the ques that may help them decide whether they can receive in space or not such as: speed of passes, defenders position (eyes), receiving player (body shape/eyes up), space they’re looking to move into etc. Players that are able to read the ques will be able to identify how and when they can move and receive in space. An example of this is when the ball is kept on one side of the pitch and a long switch of play plays in the opposite full back who has made forward run into space created by the wide player moving inside the pitch and engaging the oppositions full back. 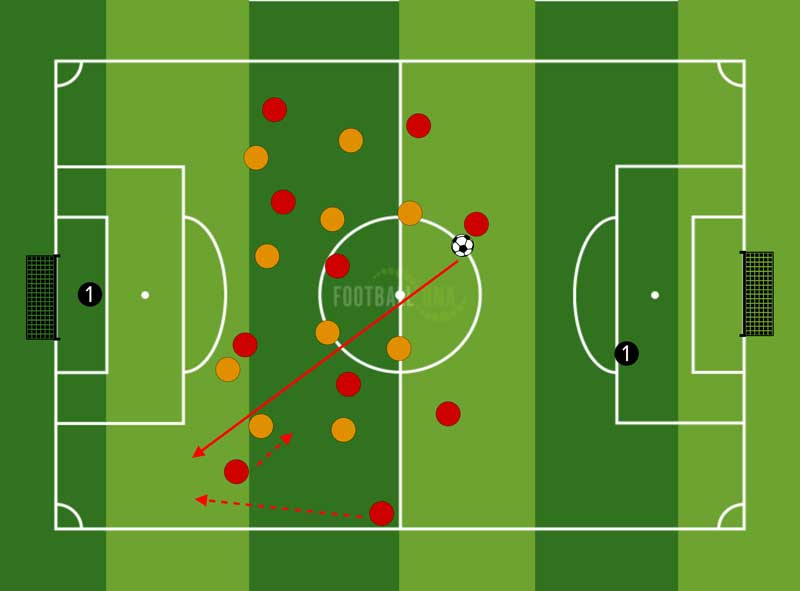 Building on from the last point timing of runs is the next area to cover. Often when the ball is moved from one side to the other, it means also means the opposition can slide and shift during this time. As passes are played back, this can lead onto defensive units shifting up with play which may allow for space to be created in behind for attackers to exploit, providing they get time their run correctly. Players that are looking to make forward runs should position themselves where they can see the ball, the defensive line as well as the space. Angle / curved runs are a way of doing this often allowing for attackers to see these three different areas. 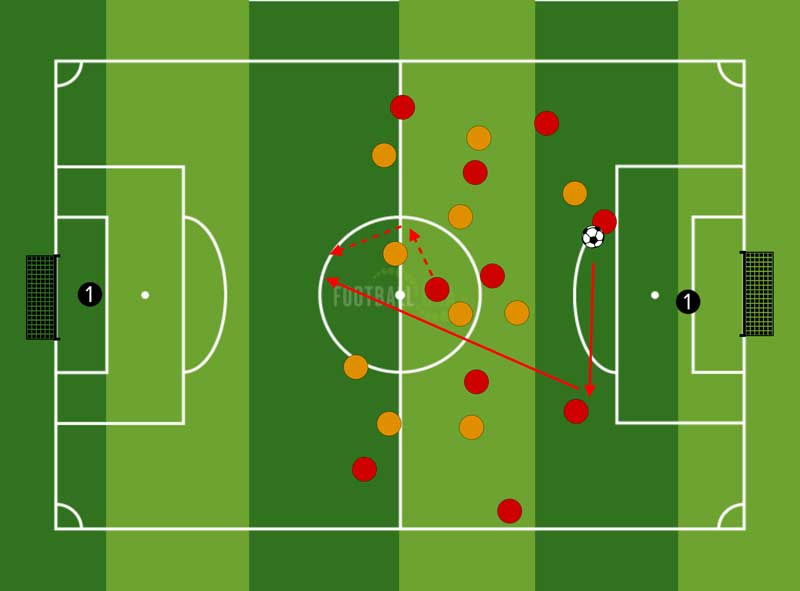 To help create these opportunities to allow for the team to exploit spaces but also to play into players that are making forward runs the Ball Speed to Unbalance is important in doing this. Slow ball speed between passes will allow for defenders to have more time to shift from one side to the next, but also give them more time to make decisions. Teams that are able use quick ball speed will have a greater advantage in being able to unbalance the opposition team for these reasons. However, it’s important to consider that slow ball speed may be needed at times to draw the opposition into one area to take advantage of space left in another area. 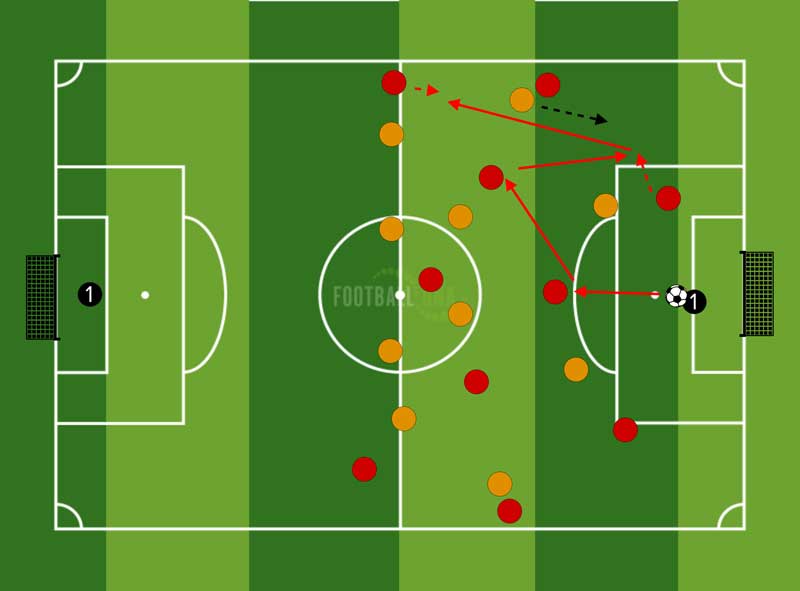 With all of the above in mind it places an emphasis on being patient in possession when of the ball. Teams that are able to be patient and wait for the right time to switch play will lead onto them creating more opportunities that can lead onto goal scoring chances. Breaking Down A Low Block 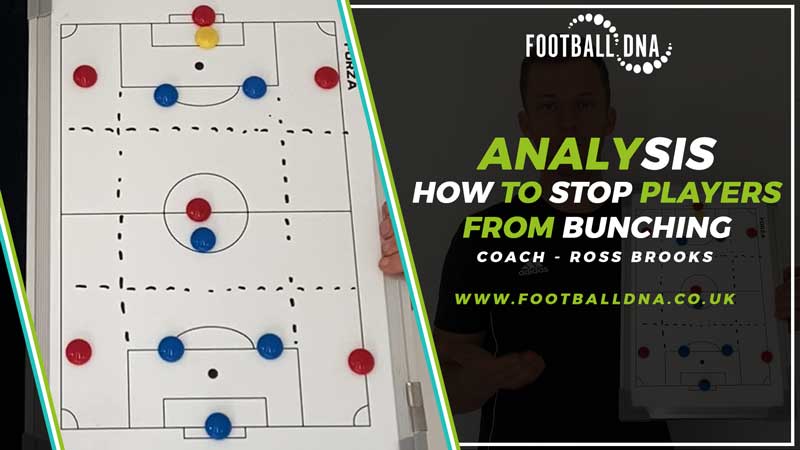 How To Stop Players Bunching 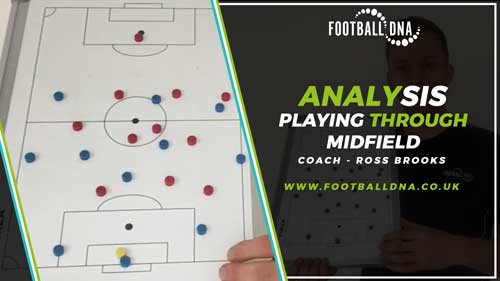