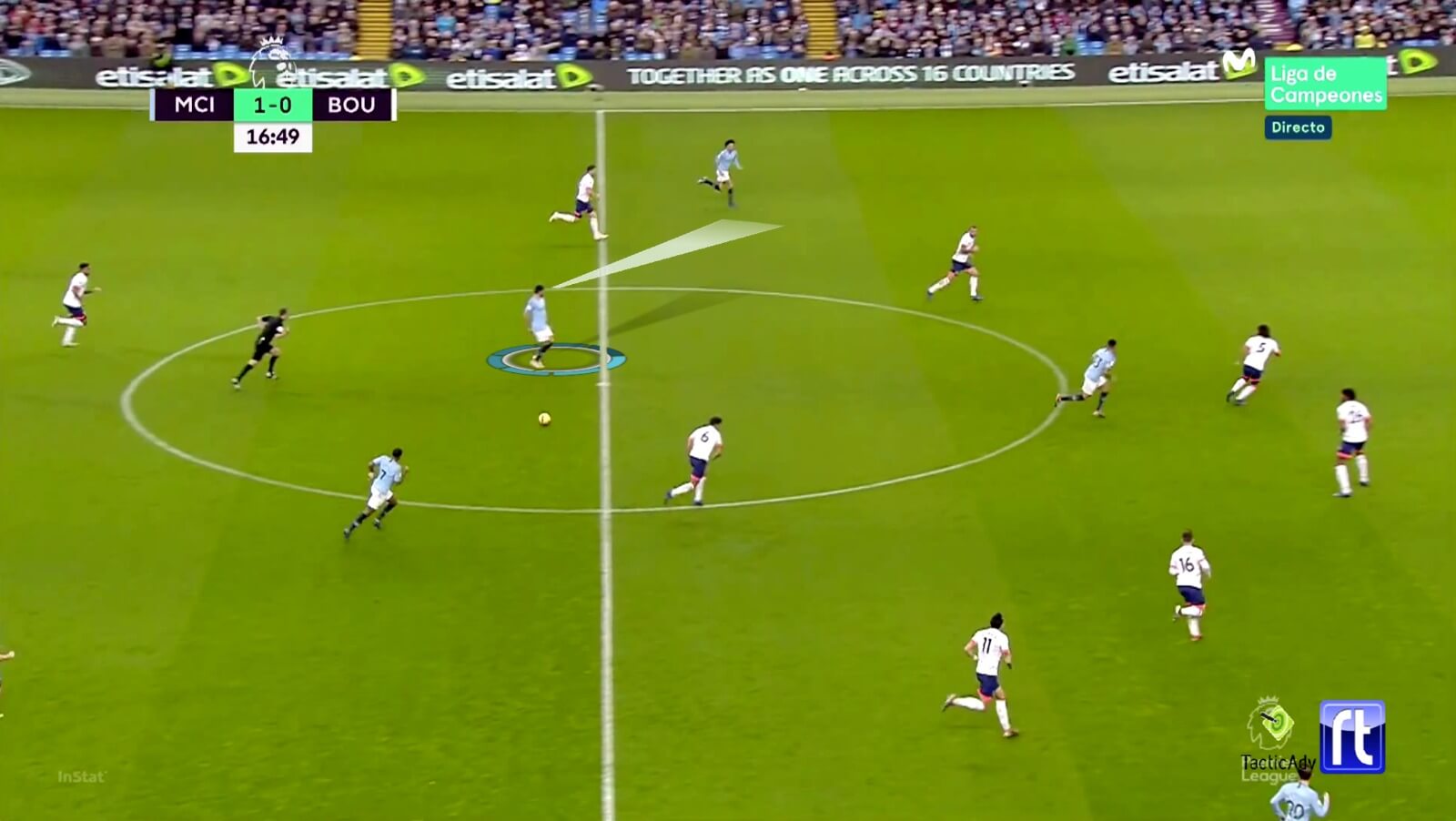 Every coach and manager would love their team to make better decisions. Every player wants to make better decisions. With this in mind the detail in the preparation before any player executes a movement, a technique, or an action is absolutely key. The very best players in the World excel not only in terms of their technical abilities but also in terms of identifying and creating space, the timing of their movements, recognising where pressure is coming from, how much pressure there is, and an appreciation of where teammates are.

Similarly the best defenders not only stand out in terms of the execution of tackles, headers, clearances, and interceptions but also in terms of positioning themselves, identifying how much pressure is on the ball, an awareness of forward runs and movements, the positioning of teammates, and reading the situation quickly and eﬀectively.

Therefore awareness, vision, and correct body shape are highly signiﬁcant factors in eﬀective decision making both with and without the ball. Undoubtedly they should naturally be a key component within all training sessions.

How much preparation occurs prior to the execution of a decision?

As an example if you watch elite central midﬁelders and focus on what they do before receiving the ball you will see just how much preparation occurs before they actually receive possession. Small adjustments or movements to maximise space, constantly adjusting body shape and position to maximise vision and options upon receiving, and regularly scanning including checking behind them looking for where pressure is likely to come from as well as where teammates are. These are the reasons why players such as Paul Scholes, Xavi Hernández, Andrés Iniesta, and Luka Modric make great decisions so regularly, maintaining an extremely high level of possession whilst regularly choosing the most dangerous option available to them. It is why they are very rarely dispossessed even by bigger and stronger opponents. Their ability to shield, protect, and hide the ball under pressure is also a standout attribute regardless of their size. The following images of Ilkay Gundogan highlight his level of preparation prior to receiving and passing the ball. 5 looks in diﬀerent directions in the space of 2 seconds. 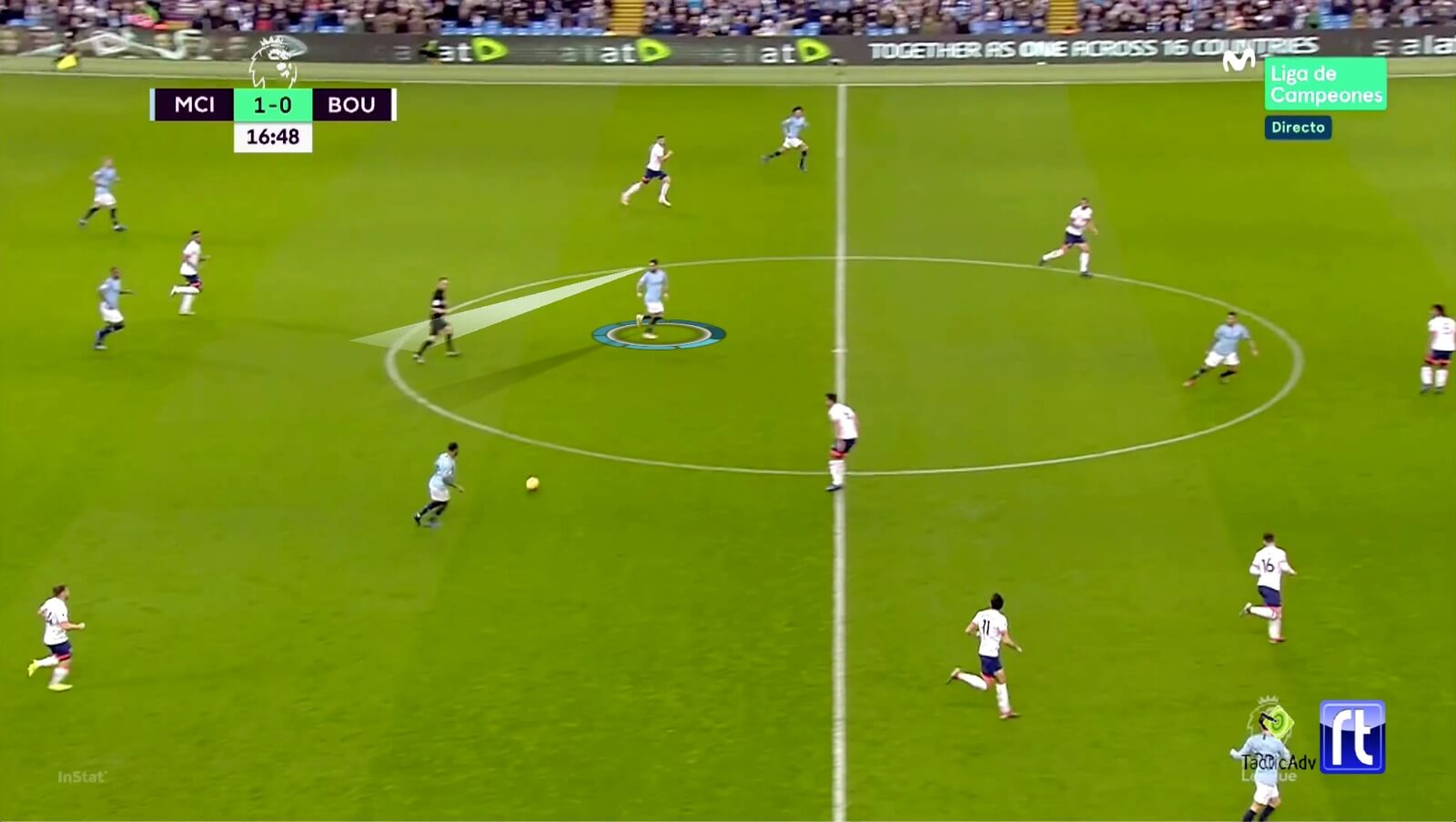 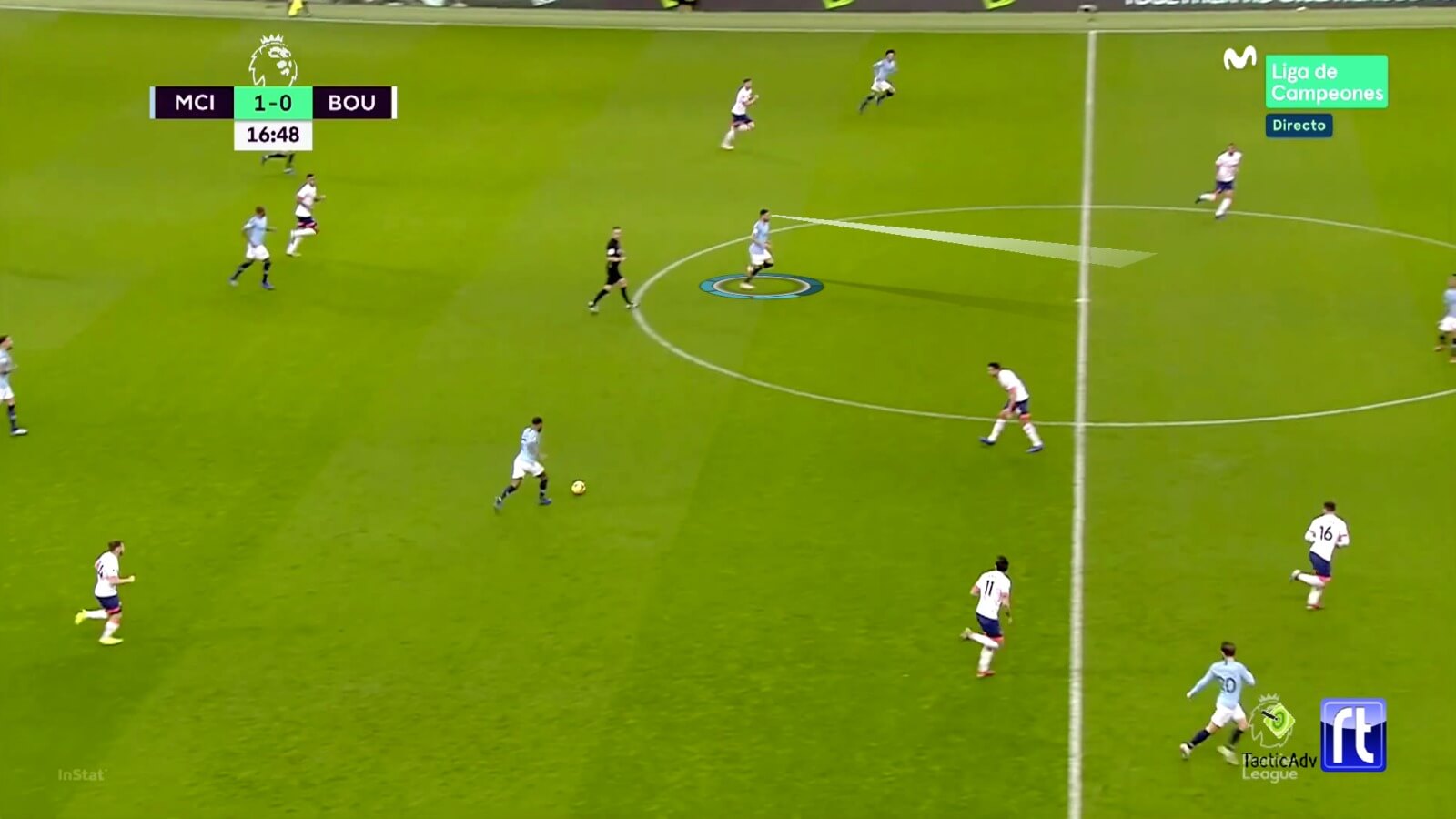 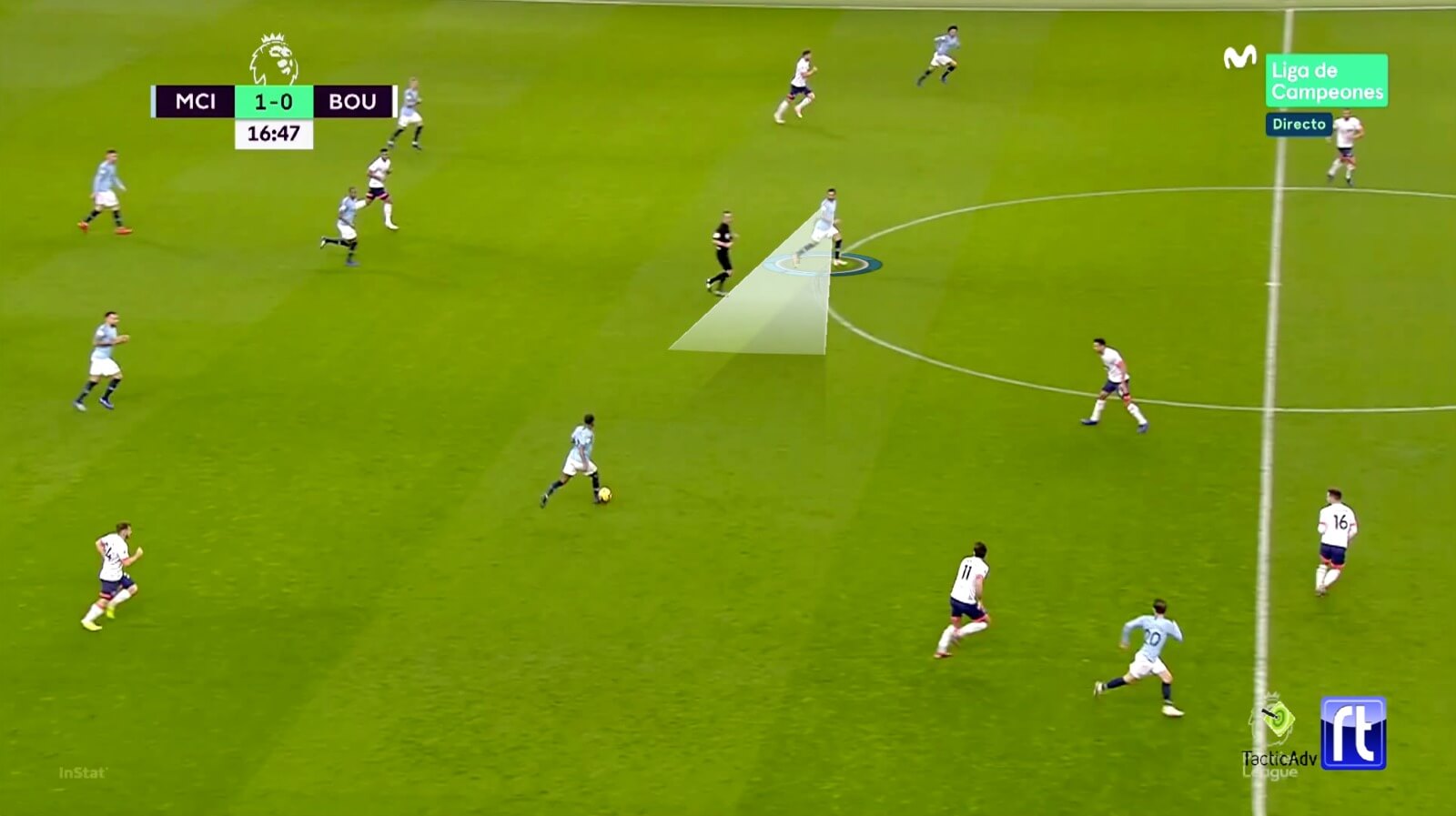 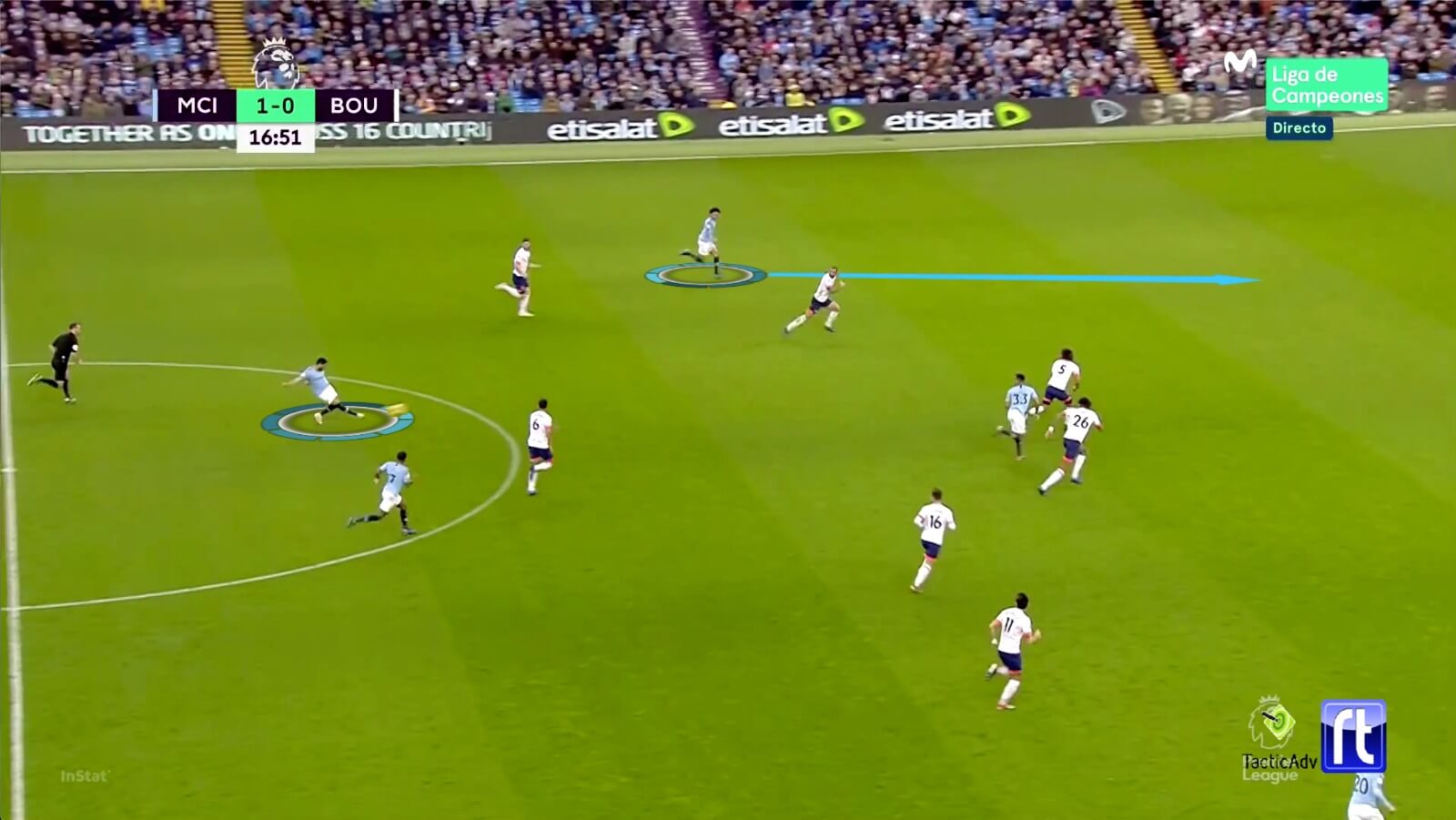 Picture the great ﬁnishers in front of goal and of how easy they make scoring goals seem at times. Of how Lionel Messi calmly slides the ball into the bottom corner on the run or lifts the ball over the advancing goalkeeper. As a clear example consider the amount of goals that Thierry Henry scored by curling a ﬁnish from the left side of the penalty area into the far corner. The technical execution of those ﬁnishes was outstanding. But the preparation beforehand was just as imperative. His footwork and timing combined with his awareness of the goalkeeper and where he wanted to place the ﬁnish. Most importantly his body shape to allow the ﬁnish. The open body position allowed him to successfully shape the ball around the goalkeeper and into the far corner. With a closed body position those goals would quite simply not have been scored.

Defensive preparation is just as important. Those defenders who just seem to be in the ‘right place at the right time’ are not there by coincidence. Eﬀective defenders have outstanding levels of vision, constantly reading the game, and therefore are very rarely caught out by the movement of opponents. Good defensive coaching heavily involves attention being given to body shape, body weight, and awareness.

For example, when defending crosses a centre back eﬀectively positioned within the goal frame with an open body shape to see both player and the ball gives himself the ideal platform from which to then make a decision and ultimately to defend eﬀectively. They are far less likely to get caught out for instance by a run across them and much more likely to both see and deal with this movement. In the example below Patrick Bamford scored the 2nd goal for Leeds United against Bristol City on the opening weekend of the Championship season. Centre back Taylor Moore opens his body and sees Bamford initially but doesn’t open his body up again for over 3 seconds with the next time he sees Bamford being the moment he makes contact to score. 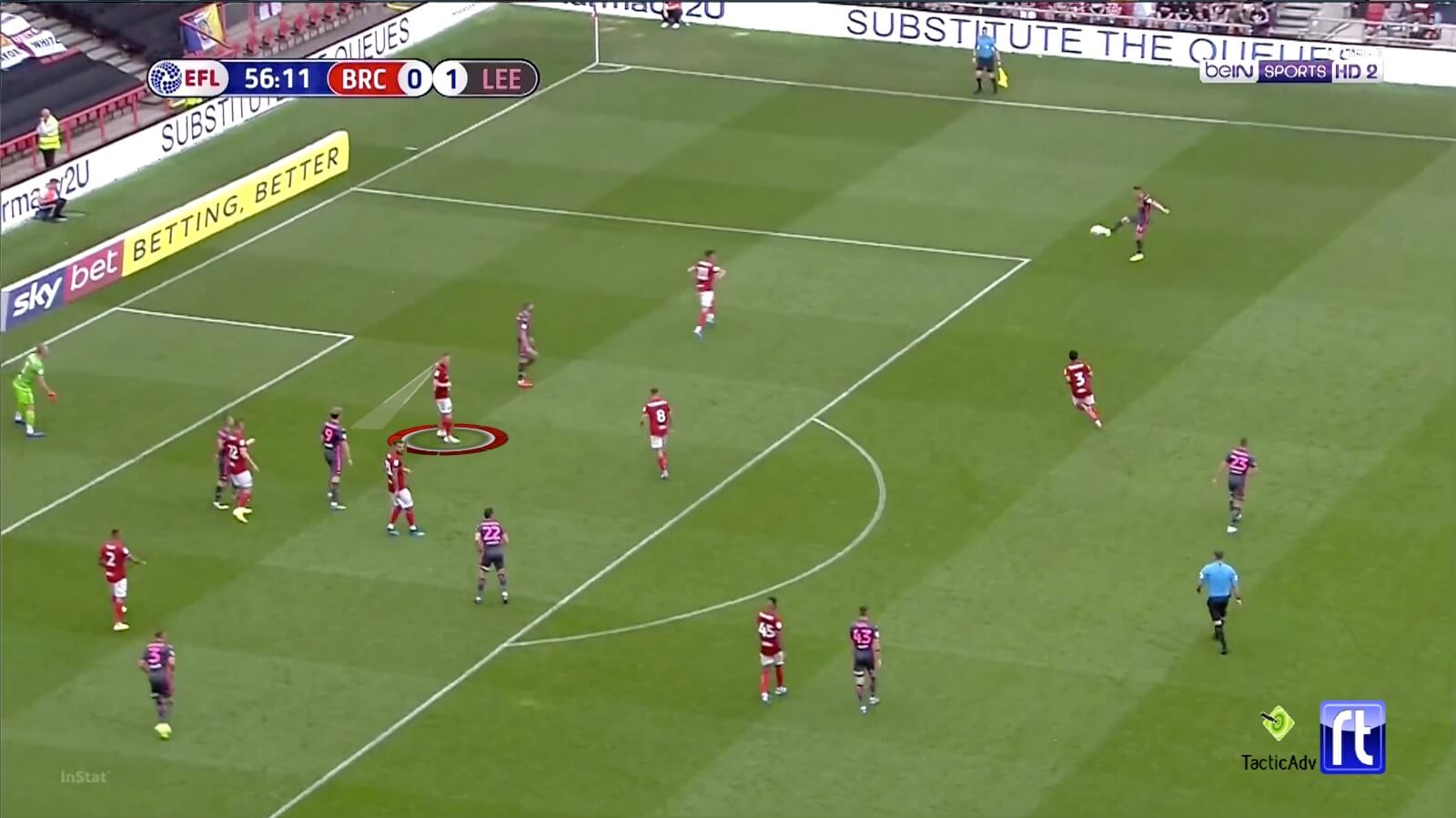 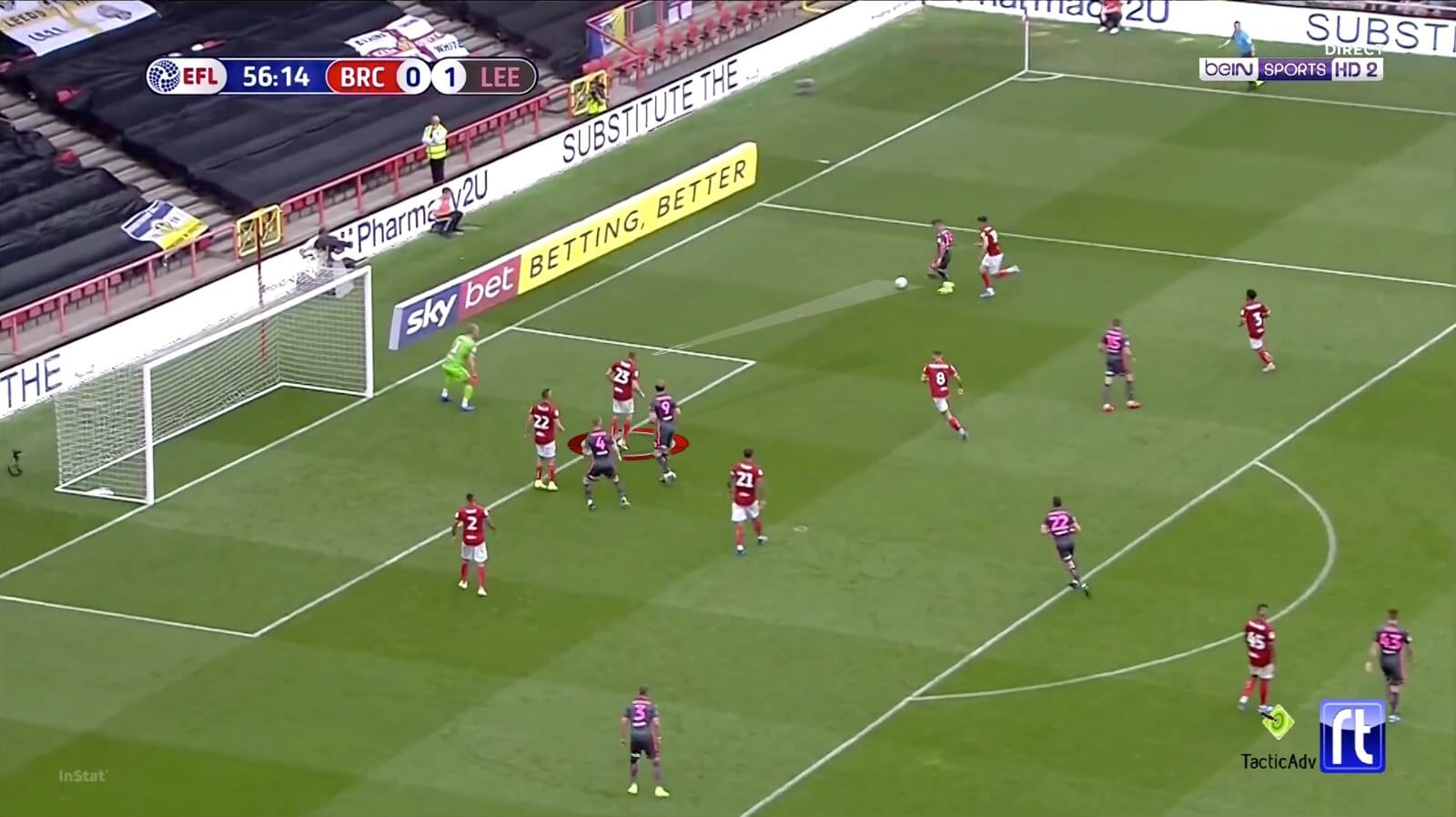 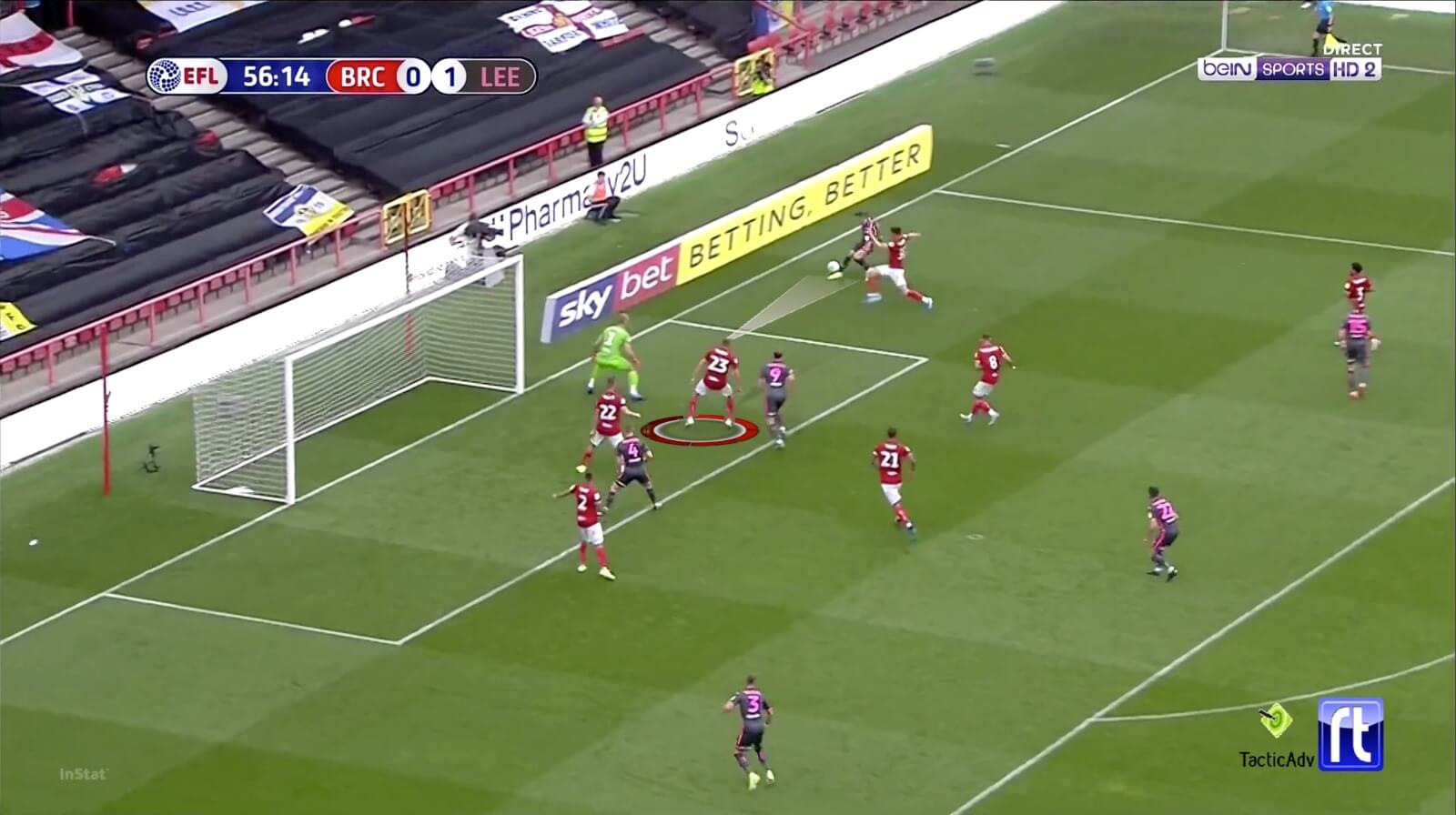 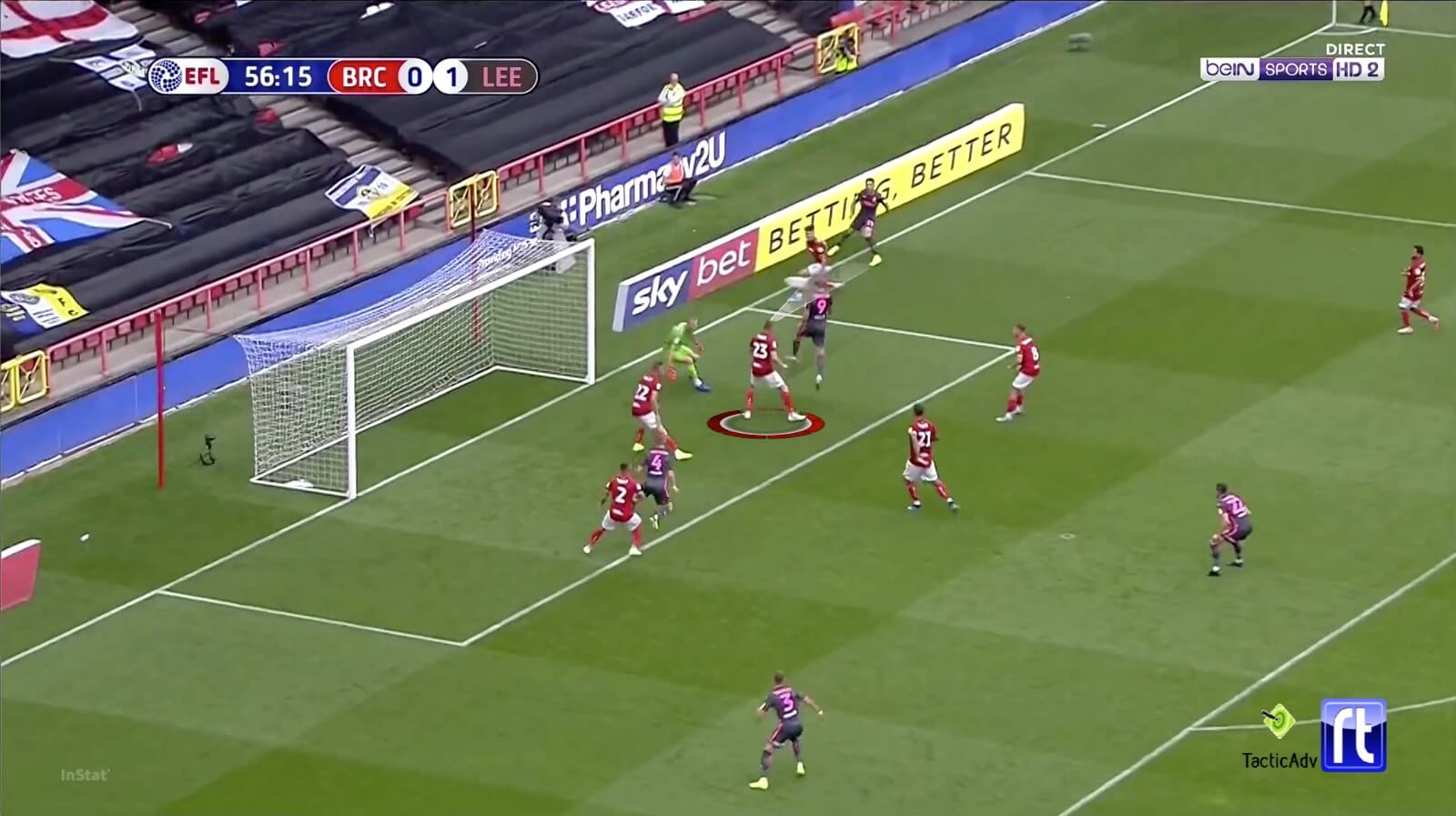 Are these areas coached enough and given the attention that they deserve?

All of these aspects of preparation can be developed within coaching sessions. Like any attributes they will come more naturally to some than others. However, good habits can be formed and consistent improvements can be made. If there is always an emphasis on preparation before receiving the ball in passing drills then it forms a great habit. A movement to maximise space, an emphasis on correct body shape, and a stimulus to encourage checking the shoulder such as how many ﬁngers a coach holds up or what colour bib is being held up. Within rondos and possession practices a strong focus can be placed on the body shape, footwork and awareness that will help to maintain

possession. Functional practices where individuals are pressurised from diﬀerent directions and need to quickly assess the pressure, make a decision as to the best option or the spaces available, and then technically execute that decision under pressure. Within all of these practices if planned correctly the player/s will be working on their preparation and psychological abilities as well as the target technical, tactical, and physical elements.

Within defending practices constant work on not only positioning but body shape and weight will pay huge dividends. The nuts and bolts of individual defensive detail. For example, on a quick switch of play out to an opposition wide player the body shape and body weight of the full back will make a huge diﬀerence to how close he can get as the ball travels and how much pressure he can apply. If he reads the pass early with an awareness of where his opponent is, his body shape is open and his weight is on his back foot towards the wide player he will be able to get to him signiﬁcantly quicker than if his body weight is closed and his weight is on his front foot. The diﬀerence in this distance could be the diﬀerence between conceding a goal or not.

Whenever possible practices should be speciﬁc to the position and the individual player or players. Technology is also playing a role in being able to improve preparation and decision making. Various simulated situations with balls being received and targets identiﬁed to increase both the awareness levels and the technical execution. Even virtual reality is being utilised to recreate match situations and work with the players on their decision making processes.

Developing these areas and improving them are vitally important especially for young players. If a young player joins an Academy at 8 years old and is still there at 18 years old then these areas of preparation should have been progressed to an exceptionally high level. Ultimately the player should be a very eﬀective decision-maker regardless of physical development to that stage.

The higher their awareness and the better their preparation prior to the action being performed, the better the chances of them making a good decision. At the end of the day all players improve when making good decisions and therefore the team in itself naturally improves. The higher the level the quicker these decisions will need to be made and the better the preparation and awareness needs to be. Improving decision-making is very much the essence of good coaching. 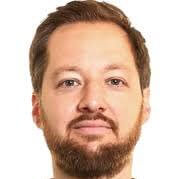