Playing Through in 3’S

Setup an area and split the area into thirds both vertically and horizontally. Organise two teams of three, with one team working one way and the other team in the other direction. Have one player from each team inside the middle box and the other two players on the outside. In this practice, each team has a ball and they must simply transfer the ball through the middle player and into the other side. Players can also play back if needed as well, however, encourage players to play forwards wherever possible. Regularly rotate the player in the middle and add competition i.e. how many transfers from one side to the other can you get in one minute?

Movement: In this game, the middle player should look to move to create a triangle with the other two players that are in their team. By creating a triangle with their movement, this will enable the middle player to be able to see both players as well as receive at angle too. When moving, encourage players to move where they are able to see both players by checking their shoulders as they move.

Body Shape: The player in the middle should look to receive with an open body shape to allow them to see both the player that they are receiving from as well as the player that they are passing into. By having an open body shape, this will help players to receive on their back foot and transfer the ball from one side to the other with fewer touches. If players cannot adjust their body shape to receive side on, they should look to check their shoulder and either set the ball back or turn as the ball is travelling into them.

PRINT OUT PDF HERE:Playing Through in 3’S 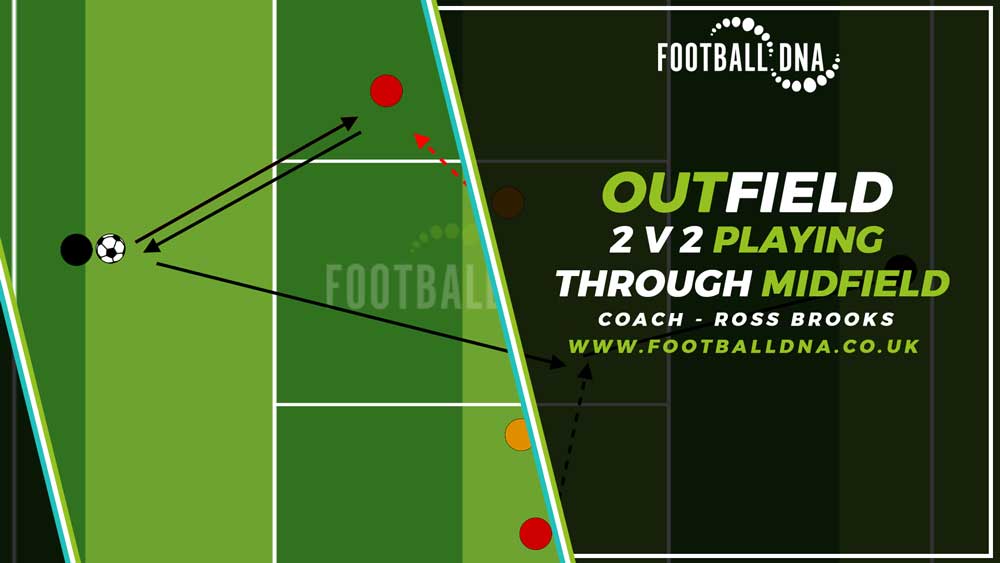