Setup a pitch with players lined up on the outside of the pitch on opposite sides. The coach calls a number, whatever number they call that number of players have to move through the SAQ equipment (ladders, hurdles etc) to enter the pitch and the coach then passes the ball to the first team that gets onto the pitch. As soon as players have entered the pitch, they then play against each other in a normal small sided game. Once the ball goes out of play or the game has gone on for too long, players return back to their lines ready for the coach to call out the next number.

Surfaces of the Feet: Using different surfaces of the feet such as: laces, outside, inside and sole will help the players explore different ways of manipulating the ball as well as dribbling into the space too. When running with the ball, players should try to take larger touches to move the ball into the space in front of them to help their team attack quickly.

Change of Speed: By players changing speed it will help them to ‘explode’ and move into the attacking half quickly. Likewise, if they cannot see space infront of them they may need to look to pass the ball or move the ball with smaller and quicker touches to dribble into the spaces. 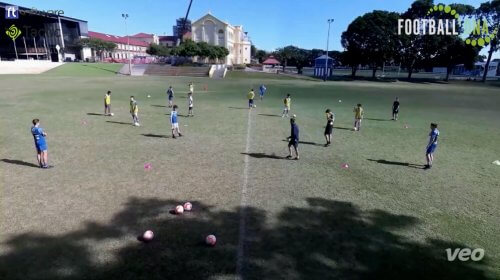 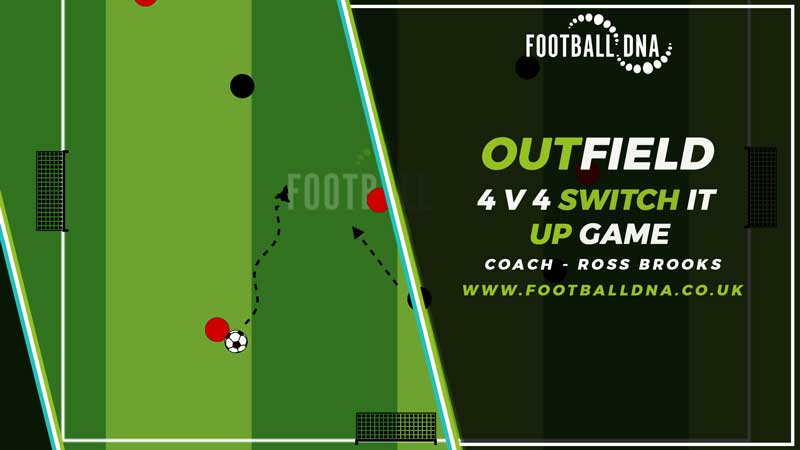