Weight & Quality of Pass: The weight of pass will allow the speed of play to be quick and the switch of play to happen. The quality will also impact this with a firm smooth pass being needed which means the player receiving can play first time or have a good first touch. Passes should be punched in and made sure they get to the player at a good pace.

Movement to Receive: The central midfield player needs to time their movement effectively, If they move into the space too early they would be marked. As the centre half is about to take their first touch, they should then create their angle to receive. Important they don’t come too much towards the ball but more creating an angle with good distance between the themselves and the centre half.

1 & 2 Touch Play: This is essential to moving the ball quickly to switch the play. Players need to take no more than 2 touches which means the first touch must be good and the weight of pass into them needs to excellent. One touch play will depend on the weight and quality of passing.

Execution of Turn: The full back needs to take a good first touch into the space and drive forward at speed. When they reach the cone they must perform a turn that takes the ball away from “pressure” of a recovering defender on the inside. This turn should a good sized touch to evade the defender and set the next pass up. Encourage players to try using different turns and parts of the feet. Some disguise on the turn too would be beneficial using the body to do this. 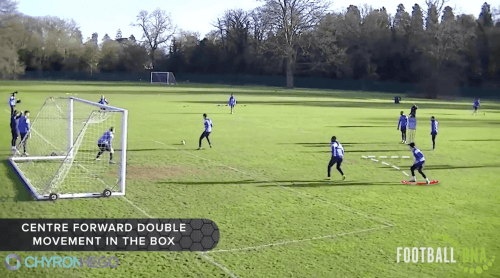 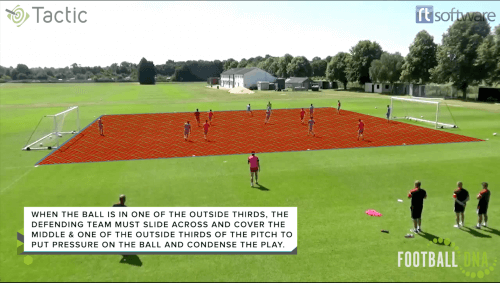 Gary Brown is a former professional footballer for Blackburn Rovers and Bolton Wanderers. Has previously worked in youth team roles at Manchester City, Peterborough United, Lincoln City, as well as scouting for Manchester United, Norwich City, Tottenham and current club Ipswich Town. He is also a current FA Tutor for Level 1 & 2 and holds the UEFA A License.