The Importance of Nutrition and How it Impacts Performance

Before discussing the impact of nutrition on football performance, it is important to understand and appreciate the demands of football with regards to training, games and body composition and how they relate to nutrition. This article will outline these demands and how they can impact performance, whilst providing an introduction into the importance of implementing sound nutritional practices to enhance performance. The impact of the 3 macronutrients; carbohydrate, protein and fat, will be outlined in this article and discussed in greater detail in their exclusive articles.

The Demands of Football

Football is an intermittent sport which involves the ability to perform short bursts of high-intensity anaerobic actions, as well as a high level of aerobic capacity. During a 90-minute match, outfield players typically cover distances of 10-14km, with a large portion of this at low-to-moderate intensities and approximately 10% classified as high-intensity. Additionally, daily variations in workload during a typical training week lead to implications for nutritional guidelines given the varying intensities and distances covered from day-to-day. Another common demand of football that requires good nutritional practices is congested fixture schedules. A lot of football clubs will compete in 40-60 competitive matches over the course of a season resulting in players having to play in 2-3 matches within an 8-day period throughout various times of the season. When less than 96 hours separates games there is an increased risk of injury as up to 120 hours may be required to recover from the metabolic and physical disturbances that result from a match. Therefore, in order to recover from and fuel such high workloads a sufficient amount of energy must be consumed.

Although low body fat levels are not a necessity for this sport, maintaining a lean physique is important for optimal performance. Sufficient lean body mass with a greater muscle-to-fat ratio is advantageous for footballers given that strength, power, acceleration, sprinting and jumping are all important physical determinants of performance, yet can be hindered by excess body fat.

The Impact of Nutrition

Due to the influence of nutrition on the demands of football previously discussed, it is inevitably important for football players to follow optimal dietary practices. Nutritional strategies should be developed with the purpose of enhancing training and match-day performance, promoting recovery and minimising the risk of injury, whilst maintaining an optimal body composition.

With regards to energy production, the predominant substrate utilised during a match is carbohydrate, as significant decreases in glycogen stores (stored carbohydrate) has been reported in the later stages of a game. This coincides with a reduction in high-intensity bouts during the second half and towards the end of a match. Given the reliance on carbohydrate for fuelling football performance, as well as the nutrients role in reducing fatigue, maintaining immune function and preventing overtraining, a high carbohydrate diet is recommended the day before a game and in the hours leading up to kick-off (Figure 1). However, due to the daily variations in workload for teams who train multiple times a week, it is essential that carbohydrate intake is periodised in line with the intensity of the training day. This avoids the likelihood for any unwanted increases in fat-mass whilst appropriately fuelling the demands of training and matches. (The concept of carbohydrate periodisation will be discussed in greater detail in another article).

In order to promote muscle repair and recovery, it is also essential for players to consider their protein intake. Regular feedings every 3-4 hours of a high-quality protein source such as chicken, fish or lean red meat, are recommended, particularly post-match or after training. This will promote training adaptations and enhance recovery, reducing the risk of injury and allow players to train and play at their best.

The remaining calories of a footballer’s diet are made up of fats. Although fats are often viewed as bad, when the right choices are made, they can have a positive impact on both health and performance. Foods such as oily fish, avocado and almond nuts provide good fats that support brain function, cardiac health and hormone levels, as well as promoting muscle recovery too.

This article has provided you with a brief outline of the demands of football and the influence nutrition can have on a footballer’s health and performance. Future articles will further explore each of the 3 macronutrients as well as many other nutritional considerations for football. 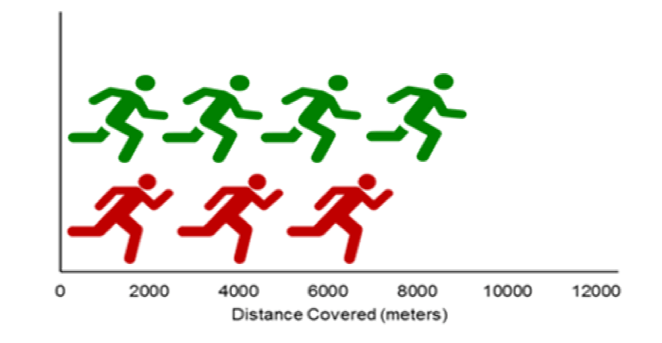 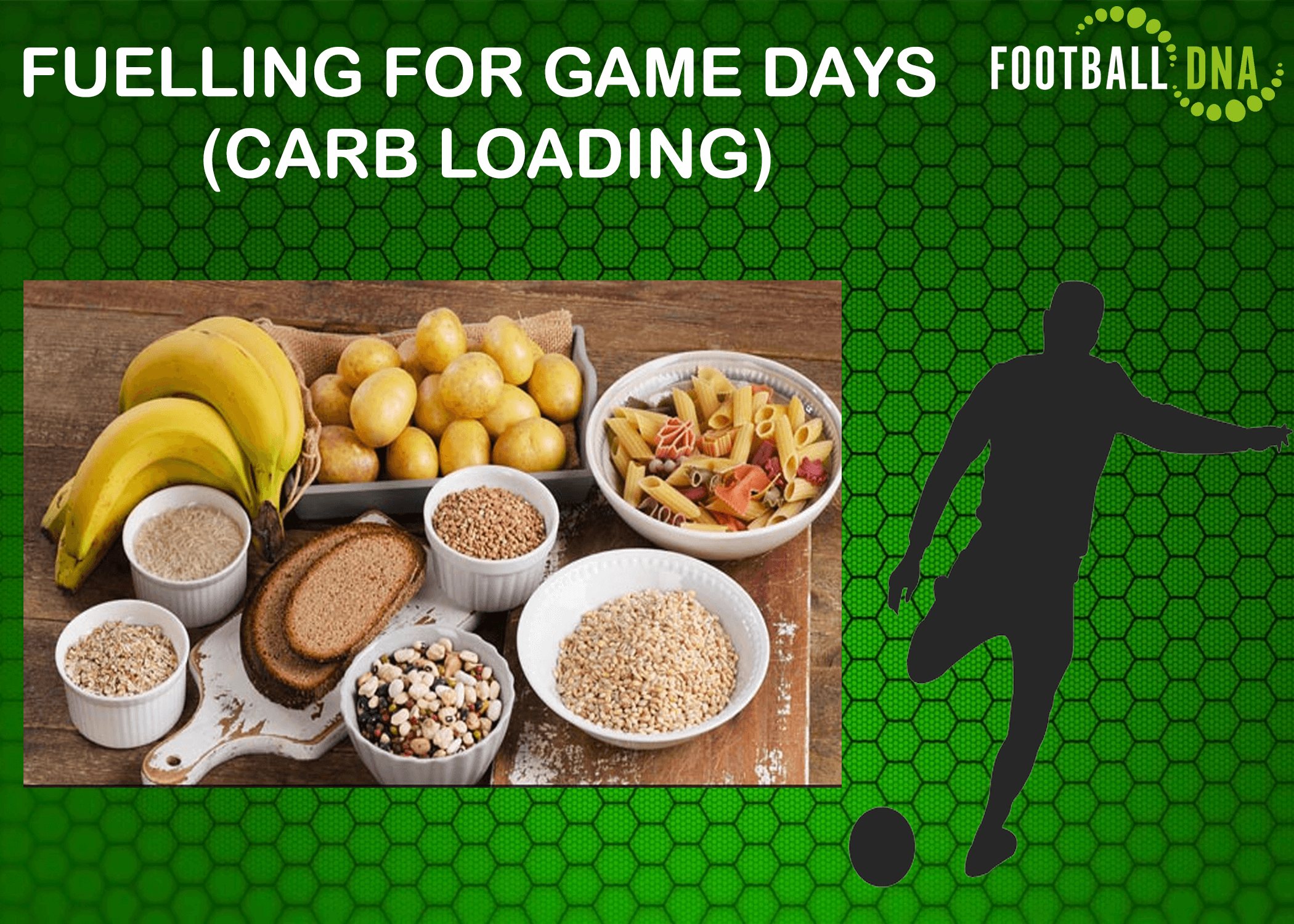 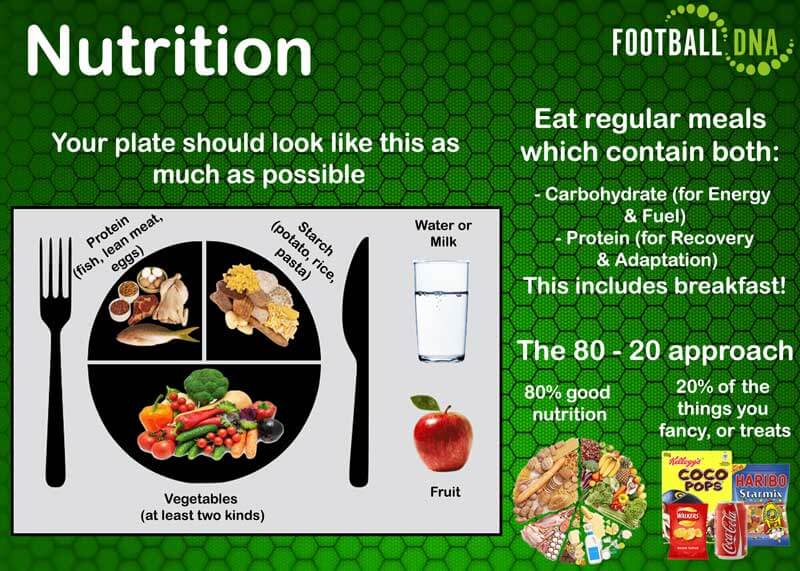 Nutrition: A Simple Guide What to Eat

Daniel is currently working with the academy players at English premier League club Everton, a position he has held since January 2019. Previously he worked with Stoke City academy. He has experience in delivering nutrition education programmes for the U12-U16 players. This includes workshops, infographics and one-to-one consultations, with the aim of building upon their nutrition knowledge each year to provide them with the skills to adopt self-sustaining nutritional habits. He graduated from Liverpool John Moores university with a Masters in Sports Nutrition and is in the process of completing a PhD